Yesterday I went on another hike, this time up Shimen Mountain near Taoyuan. Whew~ I’ve hiked up quite a few mountains in Taiwan now. This one was definitely not an easy hike compared to Tiger Mountain. It was drizzling too, so we had to be careful with our footing so as to not slip. 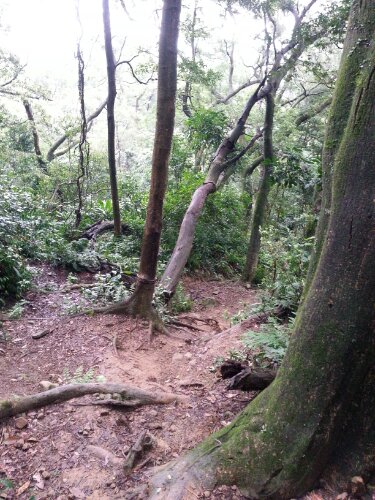 We were rewarded with a beautiful view of the Shimen reservoir. 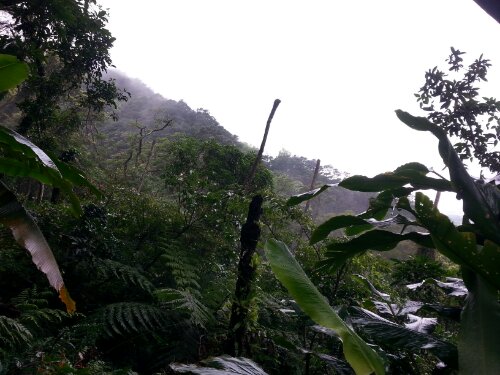 On Saturday, MM and I went hiking with the Pan brothers. We hiked Tiger Mountain, which is right next to Elephant Mountain. Elephant Mountain is probably the most well known mountain in Taipei City, because of its accessibility via the MRT as well as being an easy 15 minute hike, and the gorgeous view of Taipei at the scenic viewpoint. I’ve never heard of Tiger Mountain though, and after reading up about it, and after some explanations by the Pan brothers (they love to hike!), I learned that Elephant Mountain and Tiger Mountain belong to a series of mountains known as as the Nangang Mountain Series, and they are part of the “four animals mountains”, with the other 2 being Lion Mountain and Cougar Mountain. Lion and Cougar mountains are not accessible though as they have no trails, and unfortunately you can’t actually see real elephants, lions, tigers, nor cougars on these mountains… Elephant Mountain got its name because it looks like an elephant with a long nose from a certain angle, but I don’t know why the other mountains are so named.

It ended up being a relatively easy 2-hour hike up to the top and back down, but it only took so long because we stopped quite a few times along the way to enjoy the view.

There was a really beautiful temple at the foot of the mountain too, with the loveliest stone carvings. The stories told on the walls seemed to come alive with the 3D stone carvings.

It was a pretty fun day overall. I’d do that hike again because it’s not too hard, but has lovely scenic points of Taipei City. Taiwan has so many mountains and hiking trails! Spring is a good time for hiking.